Listen To My Latest Podcast Episode:
Spreading Kindness as a Business Strategy with Shola Richards

The Results are In: How Most Speakers Are Getting Business

I was curious whether or not all of the new platforms promising “lots of engagements” for speakers were resulting in speakers getting business. To find out, we sent out a survey to our community of speakers to see exactly where you are getting business.

Thanks to all of you who participated, because it told us what we suspected: the majority of business is being derived the old fashioned way – through direct bookings!  Hustling for those direct bookings, which then results in referrals (and bureaus taking interest) is still the way to focus your business.

Here’s a quick round-up of what we learned from the survey.

Where Are Speakers Getting Business?

According to the results of our survey, the majority of the speakers who responded are getting business through Direct Bookings. 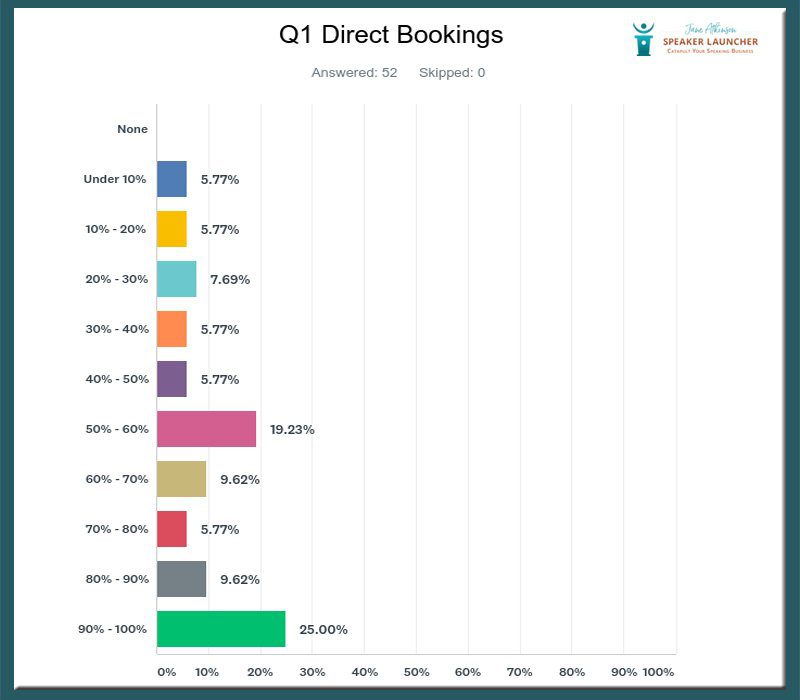 Almost 70 percent of the respondents reported getting 50 percent or more of their business this way.

Not surprisingly, Referrals came in second place as the primary source of business for many of the speakers who responded. 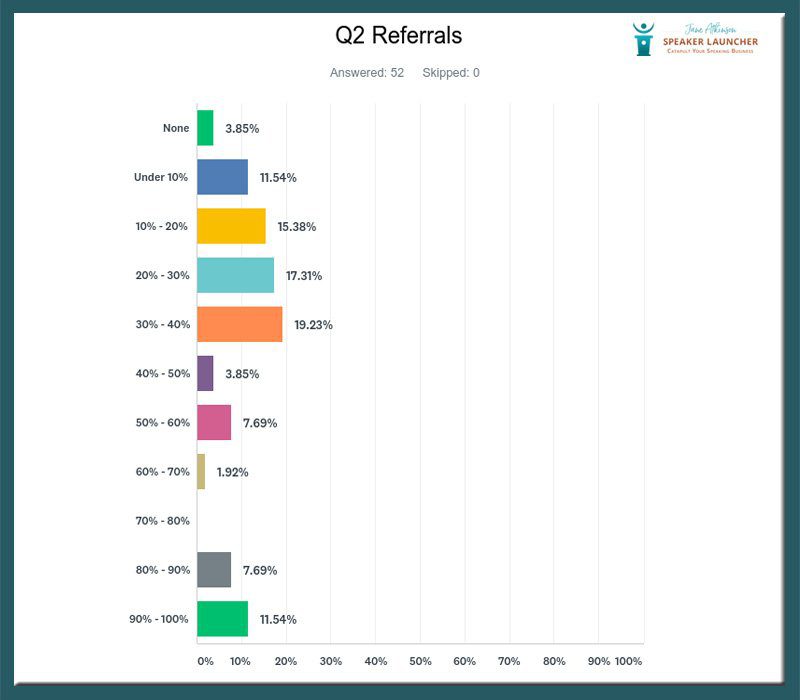 Speaker’s Bureaus rounded out the top three, coming in a solid third as a source of business for speakers. While the numbers were not overwhelming, it is a successful method of securing new gigs for many of the speakers who responded.  Many speakers derive more than 50% of their business through speakers bureaus, but with so many speakers not doing any business at all this way, our number levels out. 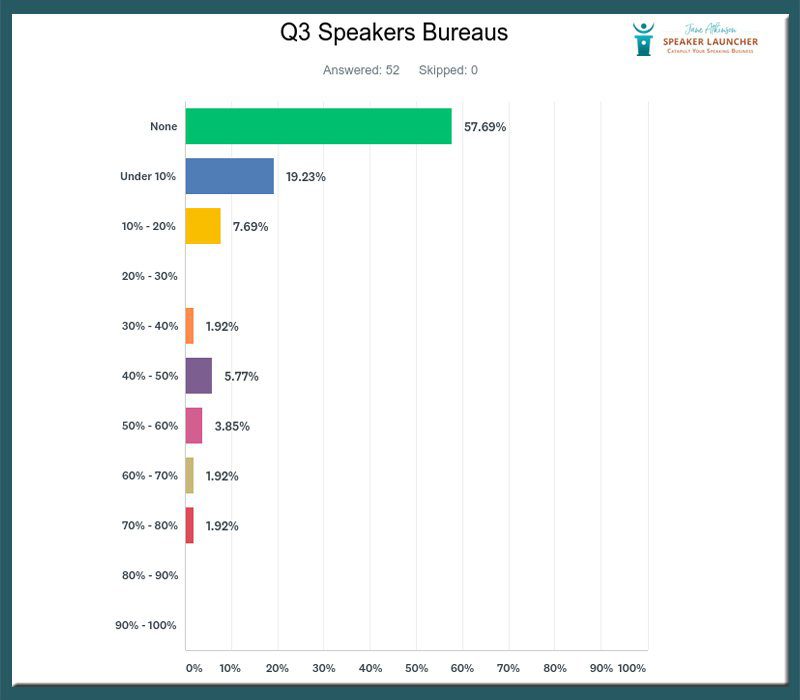 The big social winner, as many of you may have guessed, was LinkedIn. While 46.15 percent reported getting no business from the social platform, there are respondents receiving varying levels of business via the professional networking tool. 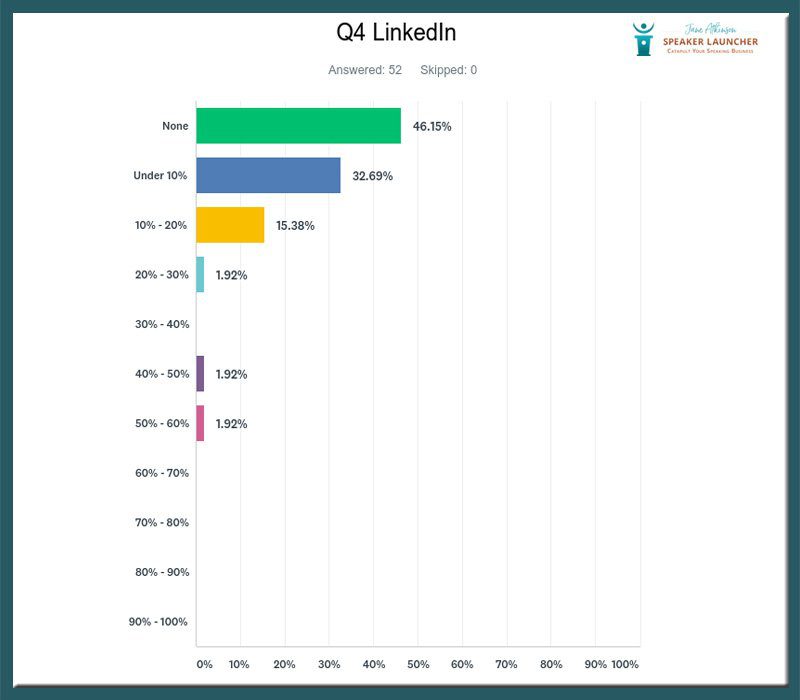 As for speaker specific apps as a method for securing business, they came up the big losers. Genie Cast, SkillShare, and eGig Pro all came in with 100 percent ‘None’ as the amount of business they provide to the speakers who responded. Gig Masters, Speaker Match and Speaker base all had minimal responses, but no more than under 10 percent of the business.

eSpeakers Marketplace was the most promising tool with 9.62 percent reporting that it leads to under 10 percent of their business and another almost 2 percent saying it leads to 10 – 20 percent of the business.  The eSpeakers Marketplace (connecting speakers to buyers) tool is a new addition for what began as an event manager, so this result, early on, is a good sign of things to come. 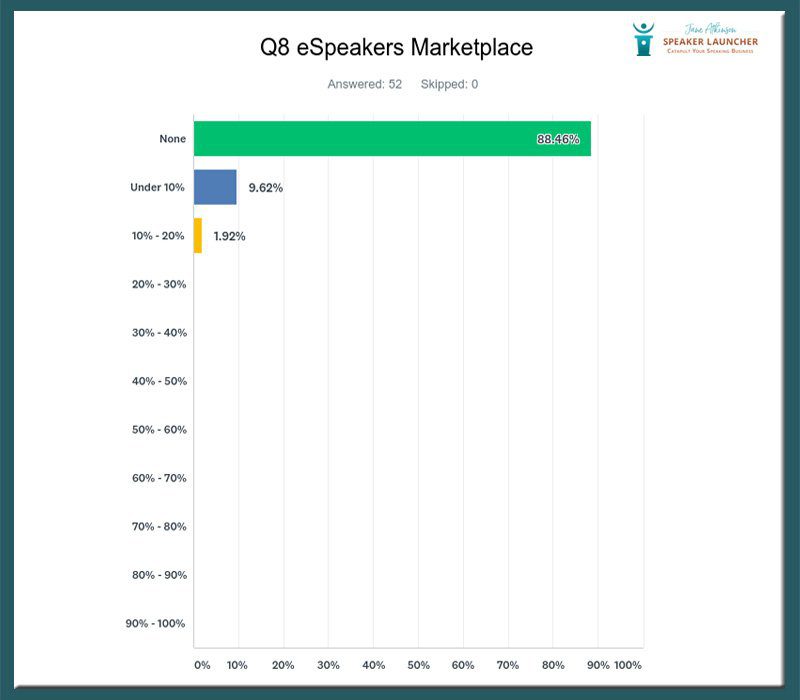 Survey respondents also reported ‘other’ sources that lead to business that was not included in our results. Revenue sources reported include:

If you took the time to respond to the survey, thank you for participating.  I hope you’ll refer back to these results when doing your business planning for the year.

The bottom line is you need to keep working hard to secure those direct bookings. Couple that with being great from the platform so that your referral business (and speakers bureau gigs) will be rolling in, too!

Need help perfecting your sales systems and strategies to build your speaking business? Consider joining us this November in Minneapolis for Accelerate LIVE 2017.

Creating a successful speaking business takes a lot of work. I’m talking about the daily grind, the never-ending to-do list, the work that keeps you busy day in and day out: finding new gigs, preparing for booked engagements, working on