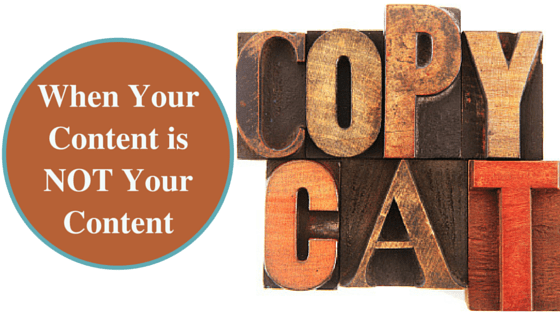 Last week I said to my husband “I have an idea of what we should do with our backyard.” I laid it all out to him (gazebo, conversation furniture, fire table, etc.) and he liked it. Then I told my friend Lydia about my idea. She laughed.  I said, “why are you laughing? Was this your idea?” I realized that I had pooh-poohed the idea when she proposed it six months earlier and now was adopting it as my own. I had completely forgotten. NEVERTHELESS, I owed her an apology.

I wonder how often this happens?

It is actually a theme this month. Remember my post about chasing squirrels a few weeks ago? Well, that idea had been ignited by a prospective client conversation a day or two before. It didn’t even dawn on me to credit or mention my prospect in the post because by the time it went down on paper it felt like an original idea. Moreover, the idea of chasing squirrels is not new; I have no idea who came up with it originally. NEVERTHELESS, I owed her an apology.

I remember several years ago seeing a book jacket for a publication designed to help speakers build their business. The jacket looked eerily similar to The Wealthy Speaker. I was upset and offended and told the author as much. (Didn’t hear back). Maybe it was an honest mistake, but it felt like a punch in the stomach to me, so I understand why people who do not get credit might feel offended.

I have not trademarked my book titles (thank you to the late Rick Butts for The Wealthy Speaker). Nor do I plan to make any legal moves. There is a gentleman on the East Coast who has The Wealthy Speaker radio show. I’ve been on the show; I am not threatened by that. I try to live fearlessly in this way because I know it is difficult to “own words.” However, I do wonder how often I am using someone else’s words without crediting them… I am not sure.

The “Pick a Lane” concept was introduced to me by Joe Calloway. I use the term constantly now, and it has become associated with me. I’ve acknowledged Joe in the book, when speaking, and in other publications but I wondered if I was doing it enough.

Joe said this about it:

”The idea of picking a lane certainly isn’t original with me. It is a commonly used and shared idea. What Jane does is acknowledge where she heard the idea (although she does not have to – again – the idea isn’t mine). I do the same with an old story that’s been around for decades, but that I first heard from speaker/writer Ken Robinson. I always acknowledge Ken. No doubt we all sometimes reference ideas made popular by someone else with no intent to steal anything, and that is fine. As Jane says, live fearlessly about your own material and simply be courteous about acknowledging where you may have discovered ideas.

Over the years, I’ve seen speakers just tie themselves into knots about someone copying or stealing their material. Chill out. I’ve heard stories and material of mine (that I wrote) used by other speakers from time to time for over 30 years. I don’t let it bother me. They cannot deliver it as I can, and there’s simply no way to police every instance of copycat offenses. If they truly are stealing, and it is damaging your career, then contact them – or have your attorney contact them – and express your concerns.”

I know you all will want to weigh in on this subject. Please, share your comments below!