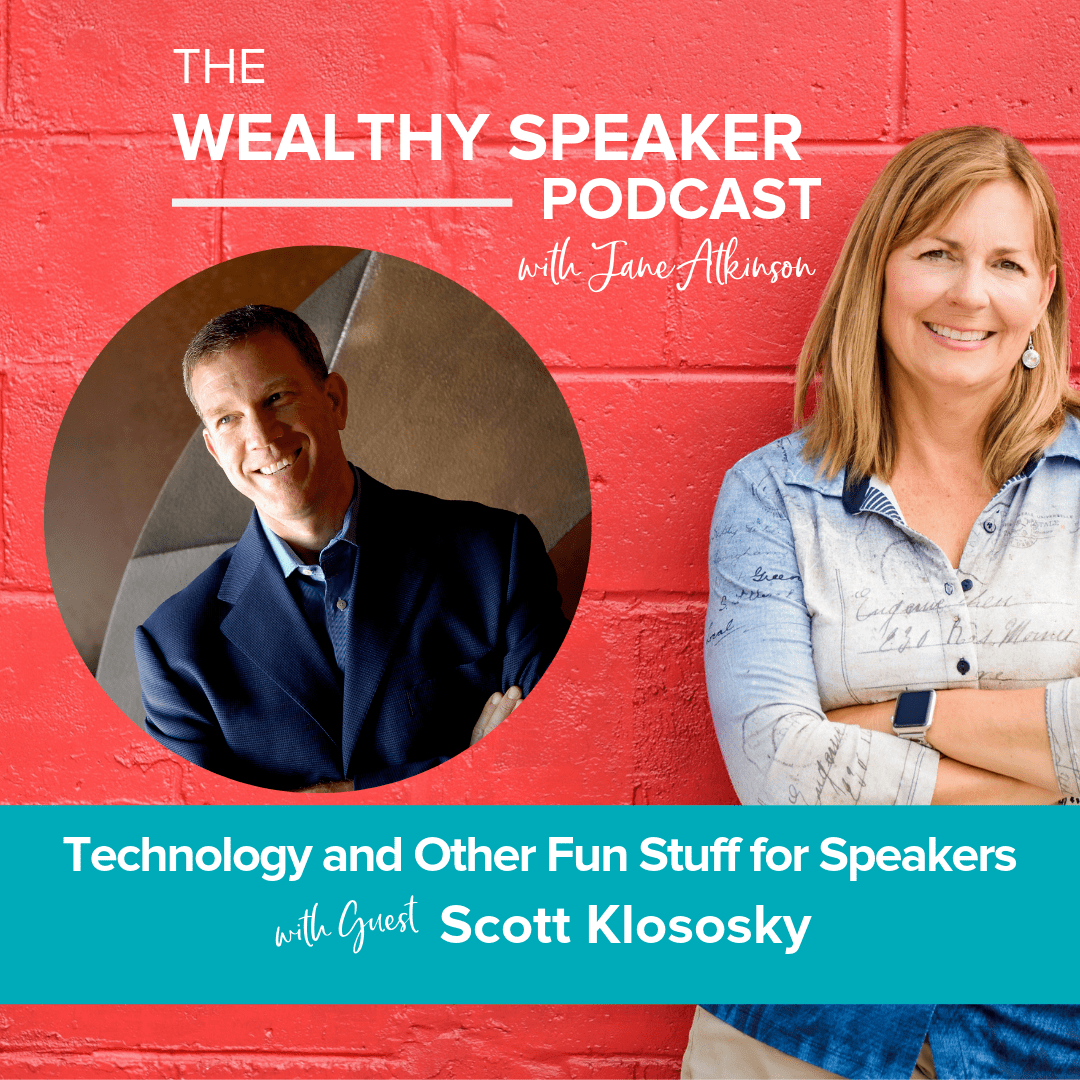 Do you ever wonder where technology is heading and how it will affect the speaking world?  On this episode of The Wealthy Speaker Podcast, we are joined by Scott Klososky who will share his expertise and give us a glimpse into the future to see what we can expect in technology.

Throughout his career, Scott has lived on the leading edge of technology innovation and its impact on the business world and society in general.  In 1999, Scott sold his company webcasts.com for $115 million. Webcasts.com, an early producer of webcasted media ranging from corporate and government communications to sporting events and entertainment, represented a career spent on the bleeding edge of technology.

Listen the podcast below:

Highlights you won’t want to miss:

Do you struggle with the latest gadgets and technology?  Tune in to hear Scott Klososky discuss the future of speaking and how you can utilize current technology to your advantage.   Jane Atkinson Click to tweet

Scott began his career fresh out of high school, where his job as a delivery boy was a springboard into the world of technology. He became division head of a computer sales division and then purchased it as his own company. It was eventually built into a twelve-store operation in three states.

His next endeavor was as founder and CEO of Paragraph, Inc., a Soviet/American joint venture founded in 1988, despite international tensions. Half of the company was sold to Silicon Graphics, and the other half is still expanding today (Parascript, Inc.).

Scott then collaborated with H.R. Haldeman to publish a diary of his years as the Chief of Staff to President Nixon, which was a bestseller (Putnam Publishing), and involved Sony Interactive in the release of a book companion CD-ROM.

He is also the founder and minority investor of Alkami Technology, a tech startup that developed a 2nd generation online banking platform with innovative features non-existent in current systems. The privately-owned software company focuses on providing online account management solutions to the financial services industry.

He is the author of four books including his most recent title, Did God Create the Internet? The Impact of Technology on Humanity.

I think we can all agree that Scott is to be considered an expert in technology.  If you want to know what’s in the pipeline for the future of speaking, this episode is a must see!

Want to hear more episodes of the Wealthy Speaker podcast or subscribe so you never miss an interview? Check out the podcast episode archive, HERE or subscribe on either iTunes or Stitcher below.